The Prosthodontist Masters Series course for 2010 was again held on the Gold Coast between March 5th-8th. This year, Didier Dietschi returned to present a two-day comprehensive program on composite resins and conservative restorative treatment. He then offered two full day, hands-on programs, one each on Anterior and Posterior composite resins – in an era when the term can be over used,… these were true “Master Classes”. 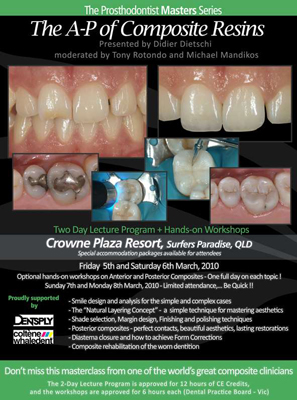